Ornit Shani teaches Modern Indian History at the Department of Asian Studies, University of Haifa, where she heads the India Programme. She is the author of How India Became Democratic: Citizenship and the Making of the Universal Franchise (Cambridge University Press, 2018; and Penguin Random House India, 2018). The book won the 2019 Kamaladevi Chattophadyay New India Foundation Prize for the best book on modern India. It has been reviewed in academic journals, newspapers and magazines, and featured on a number of podcasts.

Her forthcoming book, Assembling the Indian Constitution (Cambridge University Press, 2023), co-authored with Rohit De, is a new history of the making of India’s constitution through an examination of how thousands of Indians across the country and even from the margins of the society read, deliberated, debated and substantially engaged with the anticipated constitution at the time of its writing.

Ornit is also working on a new book on India’s first elections, In the Matter of India’s First Election: Producing the World’s Largest Democracy, which is a sequel to How India Became Democratic. This book is a material history of instituting democracy in India. It aims to better understand how electoral norms, values and knowledge are created.

Ornit holds an Israel Science Foundation grant (2022-2026) in support of her research on the history of India’s constitution making. In 2022-2023 she is a Visiting Scholar at Sidney Sussex College, Cambridge. She has been an Affiliated Scholar at the Centre of South Asian Studies, Cambridge, since 2009.

Between 2014-2018 Ornit held a grant from the Israel Science Foundation in support of her research on a history of India’s first elections. In 2020, she was a Visiting Researcher at the Institute For Future Studies (IFFS), Stockholm. Previously, she held positions of a Visiting Scholar at the Centre for History and Economics, University of Cambridge (2014-2016); Overseas Visiting Fellow at St John’s College, Cambridge (2014-2015); Visiting Researcher at the Council for Social Development, New Delhi (2010); Visiting Professor, Centre for Jawaharlal Nehru Studies, Jamia Millia Islamia University, New Delhi (2007); and a Fellow at the Institute of Advanced Studies, The Hebrew University of Jerusalem (2005-2006).

Ornit Shani received her PhD from the University of Cambridge. She was a Research Fellow at St John’s College, Cambridge University. 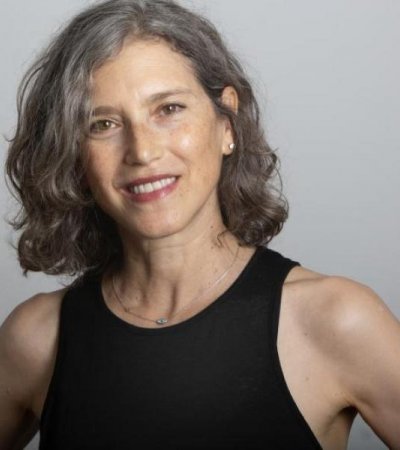