Colin Roberts is a graduate of the University of Bristol Veterinary School. After graduation, he spent just over eight years in an equine practice at Ashford in Kent, during which time he obtained the Fellowship of the Royal College of Veterinary Surgeons by examination (subject: Equine Internal Medicine).

Leaving practice, he joined the Physiology Unit of the Animal Health Trust in 1987. In 1993, he became a RCVS Recognised Specialist in Equine Internal Medicine and in 1995 was awarded a PhD for a thesis entitled 'Aspects of respiratory function during exercise in the Thoroughbred horse in health and disease'. As a Senior Scientist in the Centre for Equine Studies of the Animal Health Trust he was responsible for the clinical treadmill exercise testing programme as well as being engaged in research in the field of equine respiratory function and disease.

Colin is the Director of Studies in Veterinary Medicine at Sidney Sussex College. He is a member of the Federation Equestre Internationale's (FEI) Veterinary Committee and an FEI Official Veterinarian. Colin is a member of the Scientific Advisory Group of the British Equestrian Federation. In 2012, he became a Fellow of the Society of Biology. He is an author of many scientific papers and has acted as a treating veterinarian at many top-level horseracing, show jumping and eventing competitions.

In 2012, Colin led the Equine Anti-Doping and Controlled Medication Sampling Team for the 2012 Olympic Games and Paralympic Games in Greenwich Park and he has also acted as an Official Veterinarian at the Asian Games as well as numerous World Championships, European Championships and Showjumping World Cups.

He has competed in point-to-pointing, show jumping, dressage and hunter trials. His professional areas of interest include equine internal medicine, disorders of the equine upper airway, equine welfare and performance-related disorders. 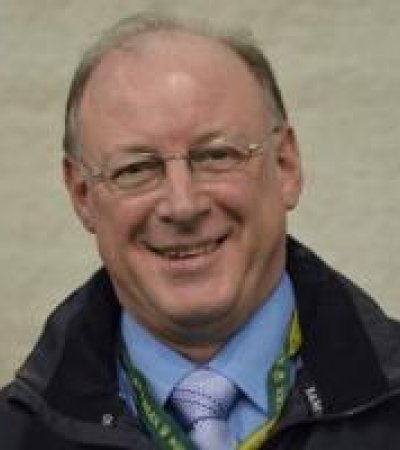