The world's most overdue library book

The Guinness world record for the most overdue library book is held by one returned to Sidney Sussex College. It was borrowed in 1668 and returned 288 years later.

See below for details of the book with copies of the title page and letters describing the discovery of the book.

[Various historians of the Northern Germans and of neighbouring peoples]

Walpole apparently borrowed the book in 1667-8, when he was an undergraduate at Trinity College, according to his biographer, Dr J. H. Plumb. There are no surviving records of loans from that time, so the exact date he borrowed it is uncertain.

Dr Plumb discovered it while he was working on the biography among the papers at Houghton Hall in Norfolk. He returned it to Sidney Sussex on 16 January 1956, at the suggestion of Walpole’s descendant, the 5th Marquess of Cholmondeley. It was therefore at least 287 years overdue. The Marquess of Cholmondeley later wrote to the Master, Thomas Knox-Shaw, inviting him to Houghton Hall to see the library where the book had been lurking. 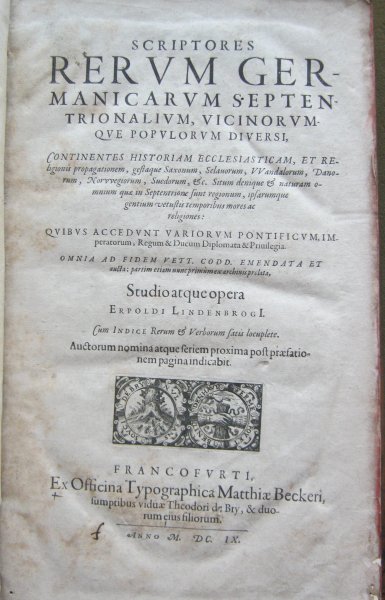