Gary Gerstle is the Paul Mellon Professor of American History.  He arrived in Cambridge in 2014 after a three-decade career in the United States, most recently at Vanderbilt University where he was the James G. Stahlman Professor of American History. He is a social and political historian of the twentieth century, with substantial interests in the late eighteenth and nineteenth centuries. He received his BA from Brown University and his MA and PhD from Harvard University. Gerstle has received many fellowships, including a John Simon Guggenheim Memorial Fellowship, a National Endowment of the Humanities Fellowship, and a Membership at the Institute for Advanced Study in Princeton, New Jersey. He has served as the Annenberg Visiting Professor at the University of Pennsylvania and as Visiting Professor at the Ecoles des hautes études en sciences sociales in Paris. In 2012-2013, Oxford elected him to the Vyvyan Harmsworth Professorship in American History. He has lectured throughout North America and Europe, and in Brazil, Mexico, Israel, Japan, South Africa, and South Korea. He was elected to the Society of American Historians in 2006 and named a Distinguished Lecturer of the Organization of American Historians in 2007. He has testified before the US Congress on immigration matters. His writings have been translated into Arabic, Danish, Dutch, Italian, French, German, Japanese, Portuguese, and Spanish.  He is a fellow of the British Academy and of the Royal Historical Society.

Gerstle is often consulted by newspaper reporters, magazine writers, and radio and television producers on matters pertinent to his areas of historical expertise. He served as an advisor and on-screen commentator for the 2013 Public Broadcasting Service documentary, Latino Americans and as an advisor to the National Museum of American History, Smithsonian Institution, on the exhibit, Many Voices, One Nation, which opened in June 2017. He is the creator and presenter of a four-part radio programme, America: Laboratory of Democracy, which aired on BBC World Service in 2017 and can still be downloaded as a podcast.  He has appeared numerous times on the podcast, Talking Politics, to discuss American politics, past and present.

Gerstle’s interests are wide-ranging.  He has written extensively about immigration, race, and nationality, with a particular focus on how Americans have constituted (and reconstituted) themselves as a nation and the ways in which immigration and race have disrupted and reinforced that process.  He has also studied the history of American political thought, institutions, and conflicts, and maintains a longstanding interest in questions of class and class formation.  Two of his books have won prizes: American Crucible (2001; reissued 2017) for the best book in immigration and ethnic history; and Liberty and Coercion (2015) for the best book in American political history.  Paperback and Spanish editions of Liberty and Coercion appeared in 2017.  He is at work on several collections of essays, one of which, States of Exception in American History (University of Chicago Press) will be published in October 2020.  Another collection, A Cultural History of Democracy in the Modern Age, coedited with another Sidney Fellow, Eugenio Biagini, will appear in 2021. Gerstle's latest book, The Rise and Fall of America's Neoliberal Order, 1970-2020, will be published by Oxford University Press in 2022.

Beyond the New Deal Order: U.S. Politics and Society from the Great Depression to the Great Recession, coedited with Nelson Lichtenstein and Alice O'Connor (Pennsylvania, 2019)

Liberty and Coercion: The Paradox of American Government from the Founding to the Present (Princeton, 2015); winner of 2016 Hawley Prize for best book on political economy, politics, or institutions of the United States

Ruling America: A History of Wealth and Power in a Democracy, co-edited with Steve Fraser (Harvard, 2005)

American Crucible: Race and Nation in the Twentieth Century (Princeton, 2001) winner of 2001 Saloutos Award for best work in immigration and ethnic history; new and expanded edition published in 2017

America Transformed: A History of the United States Since 1900, co-authored with Emily Rosenberg and Norman Rosenberg (Harcourt Brace, 1999) 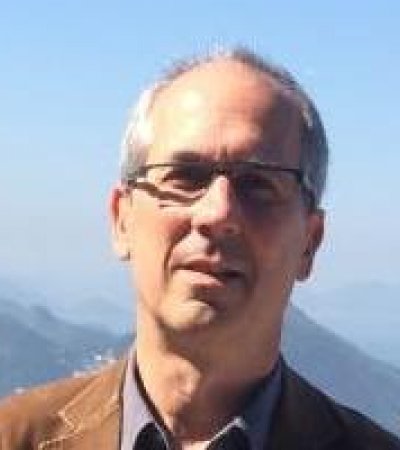