Eugenio Biagini is an alumnus of the Scuola Normale Superiore di Pisa. He first came up to Cambridge (at Sidney Sussex) in 1985, before becoming a Junior Research Fellow at Churchill College in 1987. After spending two years at the Department of History of the Newcastle upon Tyne, he became an Assistant Professor of Modern British History at Princeton. In 1996 he came back to Cambridge as a College Lecturer at Robinson College. He then became a University Lecturer in 1998 and a Reader in 2000. In 2008 he moved back to his old College, Sidney Susse, in 2008. In 2011 he was appointed to a personal chair and he is now Professor of Modern and Contemporary History.

His research focuses on the social, economic and political history of democracy. He has written on Gladstonian liberalism and the Italian Risorgimento, but Ireland is his main area of research. His British Democracy and Irish Nationalism, 1876-1906 (Cambridge, Cambridge University Press, 2007) examined the way the Irish Home Rule campaigns affected the making of democracy in the two islands. He has recently published (with Daniel Mulhall), The Shaping of Modern Ireland (Dublin, Irish Academic Press, 2016) and he is currently editing (with Mary Daly), The Cambridge Social History of Ireland since 1740 (Cambridge, Cambridge University press, 2016). His current research focuses on the history of religious and ethnic minorities in the twentieth-century Ireland, in a comparative perspective. He focuses on the challenge of nation building, the redefinition of ‘public interest’, civil liberties and ‘the constitution’ in deeply divided societies.

Citizenship and Community. Liberals, Radicals and collective identities in the British Isles, 1865-1931 (editor, 1996)

(with Derek Bales), The Risorgimento and the Unification of Italy (2002)

'Keynesian ideas and the recasting of Italian democracy, 1945-53', in E.Green and D.Tanner (eds.), The strange survival of liberal England (2007)

Giuseppe Mazzini and the globalization of democratic nationalism 1830-1920 (editor, with C.A.Bayly, 2008)

The Cambridge Social History of Ireland since 1740 (Cambridge University Press, 2016) 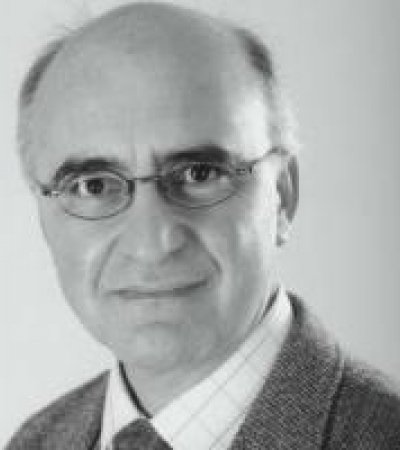 Professor of Modern and Contemporary History