Professor Bill Jones graduated from the University College of Wales, Aberystwyth in 1971. He obtained his PhD in 1974 under the supervision of Professor Sir John Meurig Thomas and Professor John O Williams. His thesis dealt with the role of imperfections in organic crystals in solid state reactivity. He spent one year in the Weizmann Institute, Israel, as the Jacob London Fellow working with Professor Mendel Cohen. He returned to Aberystwyth in 1976 as a Staff Demonstrator and in 1978 moved to Cambridge. He is now Professor of Materials Chemistry and from 2007 to 2011 was Head of the Department of Chemistry. He was elected a Fellow of Sidney Sussex College in 1980. For Sidney Sussex he was Admissions Tutor and then Senior Tutor. He is currently a Professorial Fellow at Sidney.

Professor Jones’s research has dealt with two main areas of solid state chemistry. The first concerns our understanding of the chemistry of layered inorganic solids and in particular their role as catalysts. In this area he has published extensively on cationic and anionic clays and holds over 20 patents in the area of environmentally friendly catalytic chemistry. The second area of research is in organic solid state chemistry and crystal engineering. In recent times this has developed into an interest in the development of solid pharmaceutical materials with a focus on solid form development for drug delivery. He was previously co-Director of the Pfizer Institute of Pharmaceutical Materials Science, an institute in Cambridge supported by Pfizer. 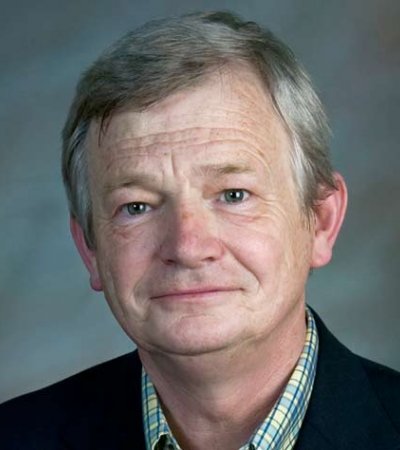