Clive Wilmer is Emeritus Fellow in English at Sidney. His special interests reside in the areas of Victorian and Modernist poetry, as well as in Victorian aesthetics and social criticism, and he still teaches the First Year students for Practical Criticism.

The editor of Penguin selections of writings by John Ruskin (Unto this Last, and Other Writings) and William Morris (News from Nowhere, and Other Writings), he has written and lectured extensively on both Ruskin and Morris. From 2009 to 2019, he was the Master of the Guild of St George, the charity for arts, crafts and the rural economy founded by Ruskin in 1871.

He is the author of eight books of poetry, the most recent of which are his New and Collected Poems (Carcanet Press, 2012) and Urban Pastorals (2014). He is currently preparing a new collection.

At present he is involved in editing the works of the poet Thom Gunn for Faber & Faber. He has so far edited the Selected Poems (2017) and co-edited The Letters of Thom Gunn (2021). His edition of The Essays of Thom Gunn is expected in 2024.

He has contributed poems and articles to a wide range of newspapers and periodicals, including the Times Literary Supplement, PN Review and The London Magazine. He has also broadcast for the BBC and from 1989-91 was chief presenter for the series Poet of the Month on Radio 3; most of the interviews made for that programme were transcribed in his book Poets Talking (1994).

His many lectures both in Britain and overseas include: the Mikimoto Memorial Ruskin Lecture at Lancaster University (1996); the William Morris Birthday Lecture for the Friends of the William Morris Gallery, Walthamstow (2014); the annual Ruskin Lecture for the Guild of St George (2019); and the first Ruskin Birthday Lecture at Notre Dame University, Indiana (2020). He has also organised conferences, symposia and colloquies. These include, at Sidney Sussex College in 2011, a conference for the quatercentenary of the King James Bible, and at the Museo Correr, Venice, in 2018, a symposium on Ruskin and Venice to accompany the exhibition John Ruskin: Le pietri di Venezia at the Ducal Palace there.

He has been an Honorary Fellow of Anglia Ruskin University, a Bye-Fellow of Fitzwilliam College, Cambridge, an Honorary Patron of the William Morris Gallery, Walthamstow, an Anniversary Fellow of Whitelands College, Roehampton University, and a Visiting Professor at Ca’ Foscari University, Venice. In 2023 he will be presented with the annual Lifetime Achievement Award of the Ruskin Society of North America. 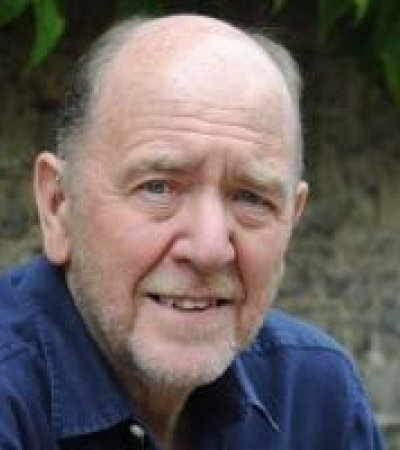