The Choir is involved in a number of additional concerts and projects alongside the three services a week throughout University Full Term.

The Choir started the New Year with a visit to St Alban’s Cathedral where we performed a selection of old and new music at the prestigious International Organ Festival.

Progressing into Lent Term, our ‘Project Wednesdays’ brought a real variety of music to the College, including a concert performance of the Duruflé Requiem, a recital given by members of the Choir and a service of Latin Choral Vespers.

Our most rewarding project was a ‘Relaxed’ outreach concert, aimed at reaching out to members of the wider Cambridge community who may struggle to attend mainstream concerts due to disabilities, behavioural disorders or mental health issues. Residents from Cambridge Manor and Hunters Down care homes were invited to enjoy a short musical recital in the Chapel. The concert was met with huge appreciation from the audience and subsequently featured in the Hunts Post newspaper. We hope to make this an annual event. 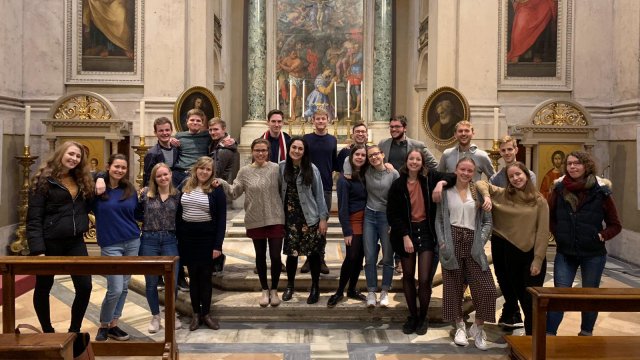